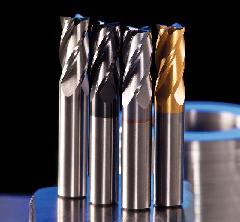 To the cobalt treatment, the need to selectively etching out the most appropriate amount of cobalt, and not too much to weaken itself is very thin micro-cutting tool In order to prevent the removal of too much drilling and affect the integrity of the tool, Weight ratio) must not exceed 6% to 8%. “We cut all the cobalt in the thin surface to prevent it from affecting the growth of the diamond,” says Pfefferkorn, “and we minimize the effect of tool integrity by controlling the depth of the etch.”

The paper points out that the research team at the University of Wisconsin-Madison conducted a seeding operation after completion of the etching: the use of ultrasonic treatment in acetone, the use of nano-diamond powder on the matrix deposition of diamond particles. The introduction of the grain played a role in positioning, where the diamond began to grow (ie nucleation). Nano-diamond powder agglomeration leads to uneven seeding and uneven growth of diamonds. Therefore, the researchers used ultrasonic cleaning in alcohol solutions to ensure that large grains were removed to achieve uniform seeding.

Then, using the hot-wire chemical vapor deposition system designed and fabricated by the research team, nano-grain and fine-grained diamond were grown on the tool. Carpick confirmed that the grain size of nanocrystalline diamond was 10 to 100 μm, Particle size greater than 100nm, less than 300nm). The deposition system comprises a deposition chamber in which the tungsten wire at a temperature of at least 1800 ° C is filled with a shielding gas (particularly methane diluted in hydrogen).