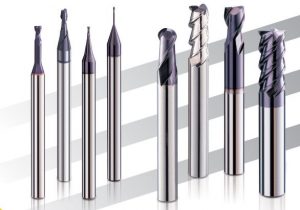 For many years, gray cast iron has been one of the major raw materials for the automotive industry and is used to make a variety of components including engine blocks, cylinder heads, differential cabinets, shafts, flywheels, brake drums and brakes Disk and so on. The absolute amount of gray iron in the automotive industry is staggering. However, nothing is immutable. Trends in the automotive market indicate that the use of gray cast iron is declining due to rising fuel costs, regulation of vehicle emissions, and the application of new materials.

In order to achieve better fuel economy, the demand for reducing the weight of automotive components has been continuously raised, and the use of ductile iron and ductile iron has also increased. In addition, CGI applications have also seen their expected growth in the automotive industry, particularly in the truck manufacturing industry, which mainly relies on diesel engines.

This change in automotive parts materials is driven by government and environmental pressure. In order to reduce exhaust particulate emissions, manufacturers must employ higher combustion chamber temperatures and pressures. The current gray cast iron engines are not strong enough to withstand the higher temperatures and pressures needed to meet government demands. In addition, by reducing the weight of various components, but also help to improve the car’s fuel efficiency.

The United States Environmental Protection Agency (EPA) has been monitoring compliance requirements for cleaner diesel engines since 2007, and the U.S. truck manufacturing industry is actively involved in the development of CGI. However, only 0.4% of the new sedans sold in the United States in 2004 adopted diesel engines. The diesel engine, first introduced to the market 20 years ago, gives the memory of a thunderstorm, black smoke, and bad smell, so the U.S. sedan market has been very much in demand, compared to the current sales in Europe 60% of the cars are equipped with diesel engines. However, if fuel prices continue to rise, we may see consumers turning to diesel engines.

In addition to these changes, there is another paradigm shift in the manufacturing process. In the past 10 years, manufacturing and processing has been steadily increasing. Until recently, specialty machining tools were seldom used, and most machining machines rarely had multiple optional spindles. High-speed machining is well suited for the production of high-volume, cost-driven components, which are characteristic of the automotive industry.