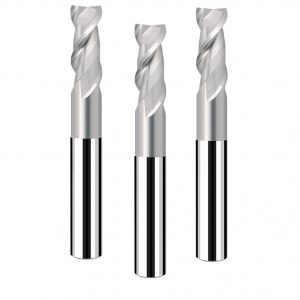 According to Carpick, the team’s focus is on the use of coated micro-end mills to process 6061-T6 aluminum materials because the industry wants to increase the use of the material in the manufacture of various parts, including engine blocks. In addition, aluminum is easy to bond to the carbide cutter, but not easy to bond to the diamond tool because the diamond friction coefficient is small, less cohesive. For cutting tests. Researchers installed an electric drive and high-speed spindle with ceramic bearings on the Haas TM-1 CNC milling machine. In all tests, the speed of the high-speed spindle was 4000 r / min, given a feed rate of 500 mm / min. Performance Micro Tool provided a miniature end mill for the test. The test was used for cutting, but there was a set of humidity control systems with two nozzles blowing moist air through the tip. “The humid processing environment significantly reduces tool friction and wear,” Carpick said.

Pfefferkorn said. Whether or not the cutting fluid is sprayed, the aluminum scrap is adhered to the uncoated tool.